Enroll in an Emergency Medical Technician - Basic (EMT-Basic) training course, offered throughout the New York area, and take the first step to a real future in the rapidly growing world of healthcare with a career in FDNY, private, and hospital-based ambulance services.

What does the EMT-Basic Original training course involve?

Our EMT training course, which is offered throughout the New York City area including Brooklyn, Manhattan, and Bronx, includes a mixture of practical and lecture-based instruction. Students will be required to demonstrate competence in practical skills as well as on written examinations. In addition, each student will complete 10 patient contacts in a clinical setting.

At the conclusion of the course, the EMT Basic will have demonstrated competency in:

According to the United States Bureau of Labor Statistics, job opportunities for Emergency Medical Technicians and paramedics have been increasing steadily since 2002, and employment for these positions is expected to grow faster than the average through 2022. Job prospects are predicted to be good, particularly in cities such as New York City and with private ambulance services.

An EMT's pay depends on several factors, including the geographical area in which they work, the agency through which they work, whether they are employed in the private or public sector, their level of experience, and what level of training they've received.

According to statistics furnished by the United States Bureau of Labor Statistics, EMT-Basics can expect to make between $32,500 - $54,000 yearly + overtime and benefits, depending on these and other factors.

Who is eligible to enroll? Do I need a high school diploma/GED/driver's license?

You are eligible to enroll in an EMT-Basic training course if:

You do NOT need a high school diploma, GED, driver's license, or US citizenship/green card to enroll in the EMT-Basic training course and earn your certification. However, these and other factors may affect your hiring potential.

A candidate with a criminal conviction may attend and complete all of the requirements of the EMT-Basic course. However, the candidate will not be permitted to take the NYS certification exam until the DOH has reviewed the circumstances of the conviction(s) and made a determination that the candidate does not demonstrate a risk or danger to patients. For more information about this policy, visit this page.

How long will it take to earn my certification?

Each of our courses involves 180 hours of training. Depending on the course schedule you select, attendance requirements may vary from 41 to 45 sessions, and the total duration of the course may be anywhere from 3 to 5 months.

When do classes start? Are there weekday/evening/Sunday classes in my area?

The EMT-Basic Original training classes are offered on an ongoing basis, in several locations throughout the New York City area, with varying schedules to accommodate our large student population. click here for our current schedule

How much does the course cost? Is there a payment plan available?

The cost of the course is $1775. This amount includes all required equipment (blood pressure cuff, stethoscope, and CPR face mask) as well as the textbook.

The following payment plans are available:

Pricing for accelerated classes may vary. Please click your desired course for more information on the “EMT Course Listings” page

Do you offer job placement services?

Emergency Care Programs can not guarantee job placement, but we will assist you in finding a job to the best of our ability. In the past, we have had excellent success placing our students in employment positions. Our students have been employed by a number of prehospital agencies, including but not limited to:

To reserve a seat in a class, you must fill out a registration form online below:

You may also visit our office to register in person, or contact our office to have us mail a course listing and registration form to your address. Our contact information and office hours are listed here.

How do I get to your main office/training location/testing center?

Visit our directions page for directions to our main office, training locations, and testing centers.

I still have questions. How can I contact you?

Our contact information and office hours are listed here. 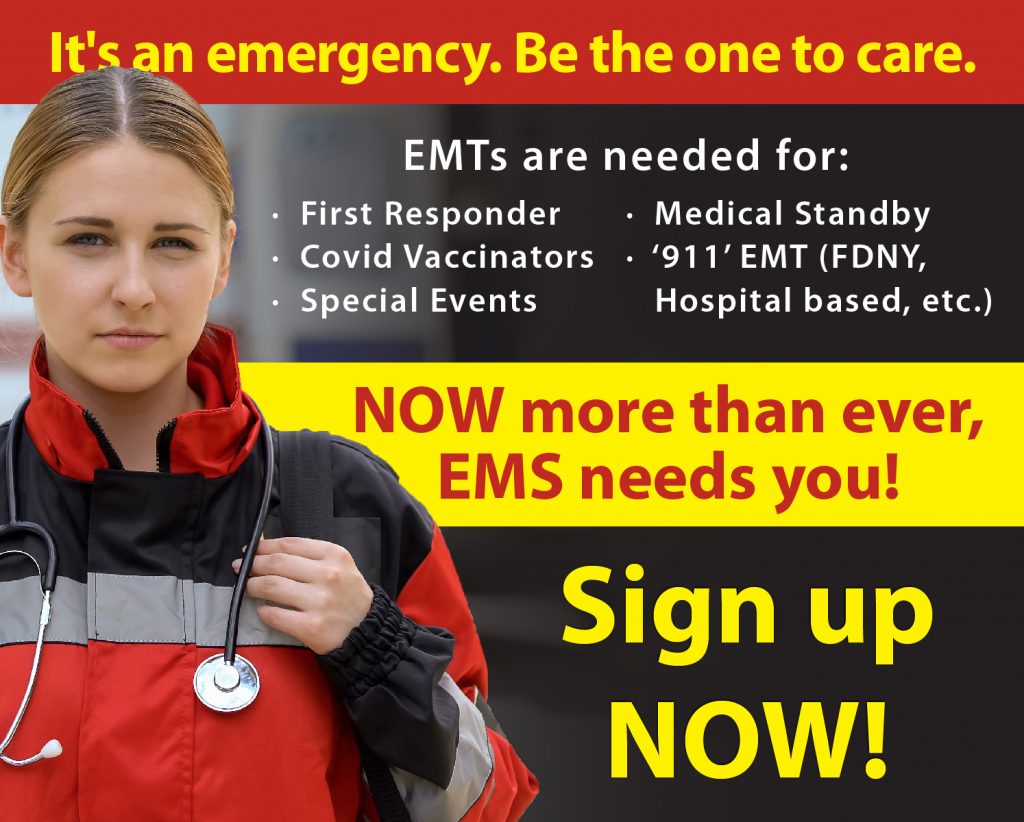